Former Arsenal midfielder Jack Wilshere has reacted to the exit ofgoalkeeper DejanIliev who left the Gunners earlier this week. Iliev left Arsenal by mutual consent and he thereafter penned an emotional farewell on his social media accounts.

On his Instagram account, several past and present Arsenal including Jack Wilshere wished Iliev well in his future endeavours. Apart from Jack Wilshere, the likes of Petr Cech,Zech Medley, Emiliano Martinez and Hector Bellerin also sent their wishes via the replies to his post on Instagram.
END_OF_DOCUMENT_TOKEN_TO_BE_REPLACED

Ex-Arsenal and West Ham United midfielder Jack Wilshere has opted for Wayne Rooney ahead of Tottenham Hotspur striker Harry Kane. Jack Wilshere was on TalkSPORT as recent as last week and he was asked to pick one from the England duo of Rooney and Kane. In his response to the question, Jack Wilshere said that Manchester United legend Rooney was unplayable when he was at the peak of his powers in the colours of the England national team. Wilshere went on to say that he has not seen anyone better than Rooney at the age of 16 before adding that the current Derby County manager will get angry in training and drive past three or four before smashing the ball into the back of the net.

Rooney is the all-time leading goalscorer for the Three Lions of England with 53 goals in 120 appearances. However, Spurs star Kane is closing in on him after netting seven times in the last two qualifying games for the Qatar 2022 FIFA World Cup tournament.
END_OF_DOCUMENT_TOKEN_TO_BE_REPLACED

WILSHERE ON TRIAL WITH DERBY COUNTY

England international Jack Wilshere has been invited to train with Derby County with the hope of signing for the English Championship club if the experienced campaigner impresses manager Wayne Rooney and his coaches.

Derby County boss Rooney and Jack Wilshere were teammates with the England national team for many years. Rooney has since transitioned from player to manager. The Manchester United legend joined the Rams in a player-coach capacity around two years ago.
END_OF_DOCUMENT_TOKEN_TO_BE_REPLACED

While it remains highly unlikely that a deal that will see former Arsenal star Jack Wilshere return to the club will happen anytime soon, the rumors linking the former England international star back to the Emirates Stadium have continued to make the rounds. The former Arsenal man has reportedly continued to be under the radar of the north London club even though there has not been any proof that the Gunners want him back anytime soon.

While playing under former Arsenal manager Arsene Wenger, Jack Wilshere was a fans’ favorite and started his Arsenal career at a very young age. He was handed his debut by Wenger and he went on to prove that he deserved the chance that he was given after putting in some consistent show of fine performances on the pitch for his former club. However, he could no longer continue at the club after falling down the pecking order at the Emirates.
END_OF_DOCUMENT_TOKEN_TO_BE_REPLACED

WILSHERE CONTINUES TO BE LINKED TO ARSENAL

Bournemouth midfielder Jack Wilshere has continued to attract interest from his former side, Arsenal, with the Gunners now on a mission to overhaul their squad. Arsenal manager Mikel Arteta has revealed that he wants to be ruthless this summer when it comes to the handling of transfer activities, as it is expected that a couple of the players will be leaving the London club when the summer transfer window opens for business next month.

Arsenal have no one else but themselves to blame for their current predicament that will see them fail to compete in any European competition next season. The club lost the chance to participate in the UEFA Champions League next season after being unable to overturn a 2-1 deficit they suffered against Spanish opposition Villarreal in the Europa League. All they needed was a 1-0 win to seal a final spot against Manchester United.
END_OF_DOCUMENT_TOKEN_TO_BE_REPLACED

Although he’s currently happy at his current club Bournemouth, Jack Wilshere is reportedly still Eyeing a return to the Emirates Stadium and has continued to give subtle hints that he would love the idea of a reunion with the Gunners. Wilshere started his career at Arsenal after being promoted from the club’s youth set up and would go on to have a brilliant first few years of his career with the club.

Wilshere was able to convince the club’s former manager Arsene Wenger that he was ready for big things before earning his promotion to the first team. After his promotion, he proved that he indeed genuinely deserved it with a couple of fans-entertaining performances that saw him win the hearts of the Gunners faithful almost immediately after his debut.
END_OF_DOCUMENT_TOKEN_TO_BE_REPLACED

Wilshere rose up the ranks at Arsenal’s youth team and was handed his first-team debut by his former manager Arsene Wenger at Arsenal. He was a young player who yearned to be integrated into the starting XI and when he was handed the opportunity, he grabbed it with both hands and utilized it perfectly. He became a part of the first-team permanently and continued to impress even though the team had the likes of Samir Nasri, Cesc Fabregas, Alex Song, and other former Gunners stars.
END_OF_DOCUMENT_TOKEN_TO_BE_REPLACED
March 24, 2021 index Wilshere News Arsene WeWilshere rosenger, Jack Wilshere 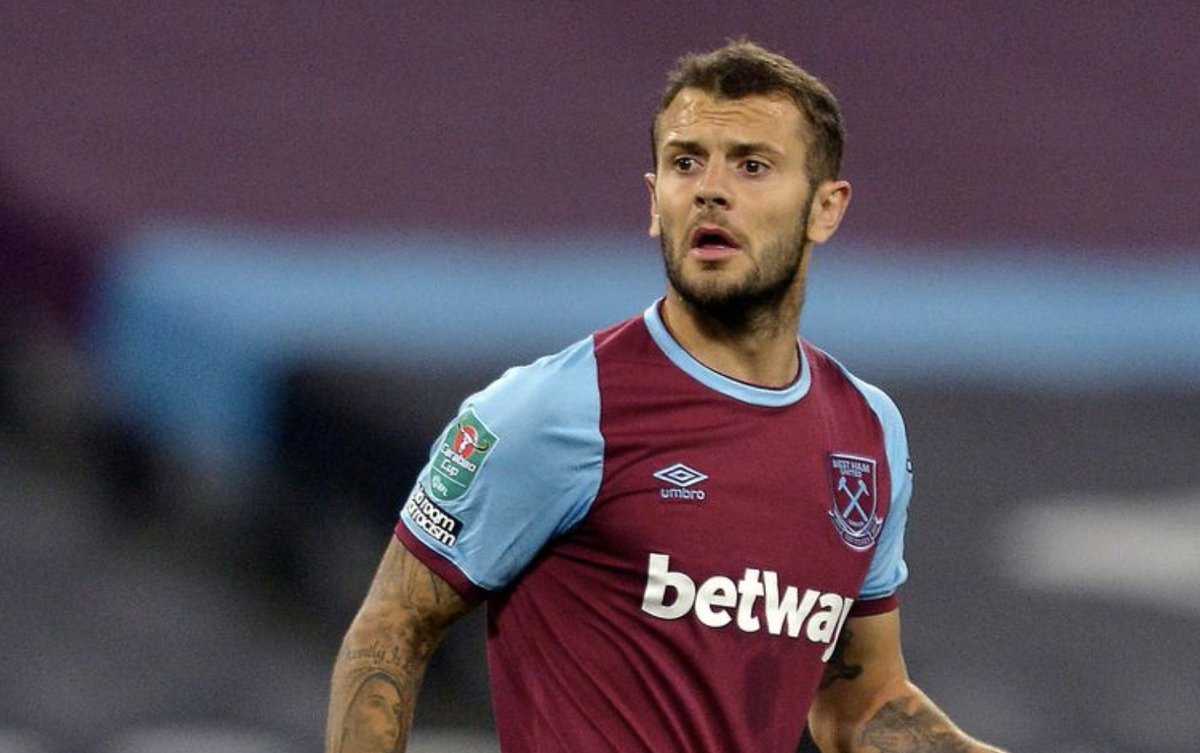 Jack Wilshere has been without a club since he was released by West Ham United at the start of the season. The England international midfielder featured for the Hammers in the EFL Cup once this season before his contract was terminated. END_OF_DOCUMENT_TOKEN_TO_BE_REPLACED
December 21, 2020 index Wilshere News Jack Wilshere

Cesc Fabregas talked about Jack Wilshere in an interview with the Daily Mail. The Spaniard said that Wilshere had the quality to play for Barcelona and Real Madrid  beforeadding that injury prevented the 28-year-old from fulfilling his huge football potentials. Jack Wilshere is presently withouta club after his West Ham United contract was terminated this summer. END_OF_DOCUMENT_TOKEN_TO_BE_REPLACED
November 27, 2020 index Wilshere News Jack Wilshere
Back to Top